It was a regular night. I was in the kitchen burning dinner when my daughter Hannah arrived home to say that dinner smelled especially ‘different’. She asked me if we were having burnt plastic.

No, that wasn’t on the menu. 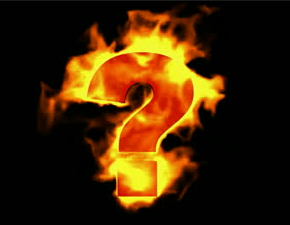 In my efforts to create an edible meal, I hadn’t noticed that the house smelled of some kind of electrical burnt smell or that of burnt plastic. It was a mystery.

Hannah and I scoured the house, sniffing everywhere, checking for curling irons, hair dryers, the furnace, the oven, everything we could think of. We could see nothing out of place but our noses told us that something was wrong.

We called the city help line who put us directly through to 911. As we investigated the outside of the house, fire trucks were dispatched and we were told not to go back into the house.

Hannah and I looked at each other and burst out laughing. We were both disheveled and looked homeless in our ratty gym clothes and winter coats that we haphazardly threw on. We decided that it wouldn’t hurt to go in and at least comb our hair before the fire trucks arrived right?

Three trucks, sirens and lights blazing were at my driveway in no time. Twelve firefighters made their way into my house while we waited outside. Sev was pretty confused as to what was going on let me tell you. After a few minutes the firemen invited us in since it was really cold outside. (I was semi-relieved that they could smell the burnt smell and it wasn’t just in our imaginations.) 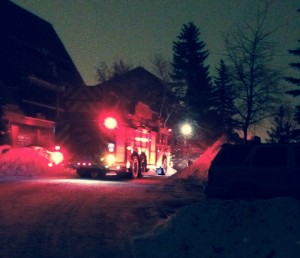 The men went up and downstairs. They waved gadgets and tested air quality. They came into and out of the house repeatedly to freshen their noses. They unscrewed light bulbs and checked in every conceivable spot for the source of the smell. They spent over an hour doing all this.

I guess that’s the good news right? I mean no one wants to find out something like his or her electrical isn’t up to code and is about to burn the house down or anything.

It’s still a mystery. We never did nail down the source of the burnt smell that has since dissipated.
Aside from being appreciative that my home is safe, there was one big lesson in the ordeal. (Too bad it wasn’t the interesting and romantic start of a ‘How I Met Your Mother’ type story.) No, it was a bigger lesson.

Have you ever told your kids to clean their room and it just doesn’t happen on your time line, that is, in this lifetime and NOT just before said child moves out to go to college?

Well, not to rat anyone out (Hannah), but one person in our house keeps a very untidy bedroom. Let’s just say that the horror of having 12 good-looking firemen look in on her piggish ways may have her changing them a little.

Now I can, in good conscience, say something like, ‘Honey, clean your room, you never know when a bunch of handsome men may come to visit’. My message won’t fall on deaf ears after this encounter with a burning smell.

I’m happy to report that Hannah is cleaning her room as I write, then we’re both going to freshen up, comb our hair and call 911 again to report a mysterious ‘smell’ again 😉

As for me, I think I’ll toss the ratty gym clothes and make more of an effort to comb my hair in case 12 firefighters arrive unexpectedly again.

(Still working on the ‘How I Met Your Mother Story’ 😉

Here’s a workout that has nothing to do with the above story. Well except you’ll think your lungs are on fire:

If you want more short lungs on fire workouts that you can do on your day off or even use as a stand alone workout plan, head to Challenge Burpee.

Do three rounds if you can.