I was fascinated with this information and wanted to pass it on to you. This is from my friend and fitness guru, Leslie Lancaster. She’s summarized a lengthy video (also below) for you. You may be surprised at what you’re going to find out about soy. Take a look:

“Soy is not a health food.  Soy does not prevent disease. Soy does not cure disease and soy has not even been proven safe,” says Dr. Kaayla Daniel during a LIVE speech given at Freedom Law School’s 2009 Health and Freedom Conference.

These statements are in complete contradiction to what the media and the soy industry claim.  According their claims, soy is a health food, an all-natural miracle food of sorts.  Not so, says Dr. Daniel.  As a matter of fact, she states in her speech that soy consumption comes with some really nasty and health threatening effects. Her complete speech is available for viewing using the link at the bottom.

Contradictory to what the soy industry claims, soy

While phytoestrogens have a potential for good, according to Daniel, the risks far outweigh the benefits.  Pro-estrogens can possibly benefit menopausal women but can contribute to breast cancer; Anti-estrogens may help estrogen dependent cancers but could also lead to infertility; and developmental toxins could possibly later protect against environmental estrogens but during pregnancy or a baby’s first few months of life, they could disrupt sexual differentiation.

One of the questions I had while watching the video was how much soy is safe to consume?  How is it measured?  What I learned is that this is one question that is really hard to determine because so many factors come into play that make it unmeasurable.  For example, rainfall, pathogens on the plant that year during the growing season, the particular crop, temperature, humidity, geographical location and fertilizers used can all effect the amount of isoflavone levels in the soy bean and end product.  Not to mention, the isoflavones are higher in the U.S. compared to Asia.

Dr. Daniel says that soy consumption during these windows of vulnerability is likely to have the most serious side effects: pregnancy, infancy, puberty and menopause.

During pregnancy, soy can suppress the testosterone production in baby boys.  This can lead to birth defects in the sex hormones and other problems could surface later during puberty.  One common issue pediatricians are seeing more these days is a condition called hypospadius. Hypospadius is a defect where the opening of the urethra is on the underside of the penis instead of at the end.  In baby girls, phytoestrogen-plant estrogen-exposure could program a girl for early breast development, early onset puberty and estrogen dependent cancers, including breast cancer.

Let’s consider the age-old belief claiming soy is the reason Asians have lower rates of breast, prostate and colon cancer.  While it is true that these types of cancers are lower in Asians, it is also a fact that cancer of the liver, thyroid, esophagus, stomach and pancreas are higher.  There is no proof that soy has anything to do with any of these rates.  As a matter of fact, in Asia, soy has been used for hundreds of years as a condiment, not a staple food, and soymilk has not been a popular food.

One of the most interesting realizations about the U.S. based soy industry is that they see Asia as an untapped market.  Slowly and surely, these big food companies who are pushing modern soy foods on Americans will soon branch out and claim their stake on the Asian markets too.

Soy consumption during infancy is the second window of vulnerability. For the past thirty years, sales of soy infant formula have drastically increased.  Infancy is a prime time for vulnerability because formula is a baby’s only source of food during the early months, it is a key developmental stage and it’s a crucial time for adult programming.

During puberty, the third window of vulnerability, pediatricians are now reporting a higher number of boys whose physical maturation is delayed or, worst case scenario, not happening at all, breasts, underdeveloped gonads, undescended testicles and during the time when they are trying to father kids, a lower quantity and poorer quality of sperm.  The effects of soy are also experienced in girls who are more and more overly estrogenized.  Too much estrogen early on can lead to premature breast development, early onset puberty, fertility problems, menstrual problems and an increased risk in breast cancer.

It seems the U.S. is one of the few countries that has fallen behind on the soy issue and is not looking out for the best interests of its citizens. According to Daniel, it is not that the U.S. does not have brilliant scientists who understand the full ramification of soy consumption. Quite the opposite.  The U.S. has some of the brightest scientists.  The problem lies in the fact the agencies do not listen to the scientists due to outside influence in the form of big corporations with big wallets.

To make the case against soy even more compelling, the Israeli Health Ministry, French Food Agency and the German Institute of Risk Assessment have all said that soy should not be given to infants except as a last resort.  Also, the Swiss Federal Health Service, The Australian/New Zealand Food Agency, the British Committee on Toxicity and the British Dietetic Association have also said babies should NOT be given soy.  This is astounding and a complete 180 stance when compared to the U.S.

During the 1940’s, nearly every girl was going through puberty at the same time.  This isn’t the case anymore.  Today, by the age of eight 14% of Caucasian girls are going through puberty and 48% of African American girls are going through it.  Why the dramatic difference in numbers?  Daniel states it may have a lot do with the fact that governmental agencies are supplying new low-income mothers with free soy based infant formulas.  You see, when the FDA tested soy formula for infants, they were looking to see if infants made improvements in height and weight.  They didn’t test long enough to determine the health effects.

Let’s not leave the reproductive years off.  During this critical time period, soy has a contraceptive effect.  As a matter of fact, the Israeli’s are so concerned about this effect that they have requested men not consume soy to help preserve their population. And, during a recent study of infertile couples, it was found that just two servings of soy a week resulted in 41 million fewer sperm per millimeter.  To produce a double whammy, soy also lowers the libido.

The last stage of vulnerability is menopause.  For some, soy may act as an all-natural solution to menopause, as the soy industry claims.  However going back to Daniel’s words of caution, “the risks outweigh the benefits.”  All the studies done by the soy industry are cut short in order to produce the results they are looking for so they can persuade the public that soy is a wonderful health food.  They neglect to acknowledge that some of the nastiest effects of soy are thyroid problems, hypothyroid to be exact. Oprah Winfrey just came out recently saying that her thyroid was blown out.  Ironically enough, she has also said for years how she loves her soy shakes in the morning.  Her physician, Dr. Christiane Northrup, pushes soy. Dr. Daniel finds that it’s no coincidence at all that now both suffer from hypothyroidism due to soy consumption.

In conclusion, are there any safe soy products?  Yes, miso, nato and tempeh are safe to use as accompaniments.  The fermentation process removes many of the anti-nutrients, excluding the estrogen.

Just say NO to these modern soy products:

The production process and the fact that most soy is genetically modified is what make these modern soy products so bad.  Extremely high temperatures, high pressures, chemicals, solvents, damaged proteins and MSG are all a part of the processing.

Today, due to the cheap cost of production, soy is in nearly every packaged and processed food.  Dr. Daniel says it’s even in Bumble Bee tuna and 100% of all fast foods.  The solution? We all need to go back to eating real, whole foods. 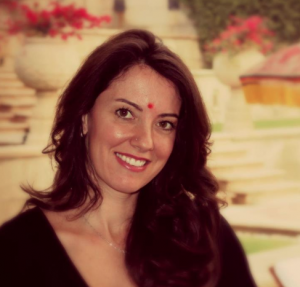 Leslie Lancaster lives on the fantasy island of Singapore with her husband and two boys.  She works as personal trainer and nutrition coach, helping other moms get in shape after pregnancy.  She believes attaining an amazing post-baby body (Hot Mom Bod) is not an unattainable dream but a reality…after all, she is proof it can be done.

Learning from her own body transformation, she had made it her mission to teach, motivate and inspire other moms around the world to become the best out-of-the-world versions of themselves through fitness and healthy eating.  She blogs about fitness, family, food and fun at www.momsandfitness.com and loves when you comment on her posts.  Follow her on Twitter @TheHotMomBod