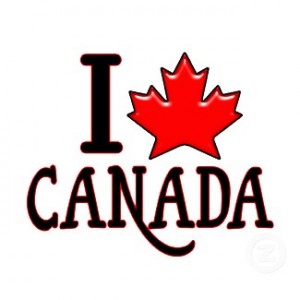 I had the good fortune to travel abroad where I was able to mix a bit of biz and pleasure. It was a most interesting experience I must say, but the biggest thing I got out of the trip was how much I LOVE CANADA.

I don’t want to bash any other countries as that’s not my style, but I have no problem extolling the virtues and comforts of my Canadian home.

In an effort to make all things fitness, I’ll make note of some of my observations. 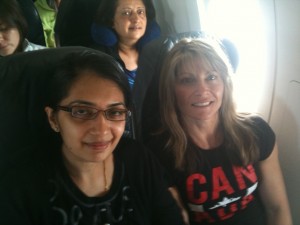 First of all, I was lucky to make my first connecting flight with a lovely doctor from Sri Lanka. She was visiting her sister in Calgary and was on her way back to Singapore and then home to Sri Lanka where she was a family doctor. We had a long discussion about fitness, or lack there of in her country. She told me all about similar circumstances in her far away country that we also face in Canada, more specifically:

-a lack of healthy ‘to go’ eating choices

-those that have treadmills end up using it as a laundry line!

Turns out, people are people, no matter what part of the globe they call home.

I wasn’t travelling to the East, as it turned out, I was travelling east of my Western Canadian home to Europe and I found similarities. 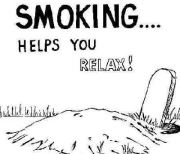 One of the most surprising things I found was how many people were smokers. I guess in my little bubble, I find fewer and fewer folks that light up. In London and Paris, there were smokers everywhere. In fact, it wasn’t uncommon to see someone on a bike or a moped smoking while bustling down the busy street.

And on a side note, let me just say a word about the traffic in London and Paris. It seems that there’s a constant flow, lanes are non-existent and horns are honking everywhere. To everyone’s credit, it seems that they’re courteous as I never saw a fender bender even though cars are mere inches apart. 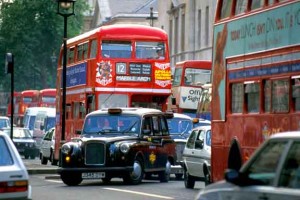 I chatted up a Moroccan cabbie in Paris regarding the smoking issue in France. He had a package of cigarettes on the dash and I asked to take a look. His package didn’t have the gruesome pics of lung cancer and other warnings the surgeon general has added to North American smokes, but he said his cigarettes were from Morocco. In France they just started adding the grotesque advertising for fun diseases free of charge with continued cigarette use. By the way, I love those pictures and feel they are a bit of a deterrent. I wonder if the new packaging will have any effect on smokers in France?

Similar to my Sri Lankan doctor friend, I found an abundance of unhealthy food choices. There was a ton of what looked to be national franchises in London as well as many Burger Kings, MacDonald’s and KFC’s. I was surprised at the fact that there is a pub on every corner. After about 5 pm, they fill up and spill out onto the streets. It’s a great ‘party’ type atmosphere with friendly people everywhere. I was told that many have a regular routine of work, pub, home, bed, repeat. I wonder where boot camp (or other fitness option) would fit into that schedule?

In Paris, it was nice to see more small businesses, ‘Mom and Pop’ type restaurants where the food was perhaps not that healthy, but at least it was less processed. Food was super expensive in the places I visited, including a $12 hot dog (that I didn’t eat at any price). One little cappuccino spot managed to turn a bathroom break into a cappuccino into to lunch for a group of us. The proprietor was quite a sales person, she didn’t give us a menu she just insisted on what we ‘wanted’ and as it turned out, it was one of the best meals we had in Paris.

Everyone seemed to be dining out with packed restaurants and cafes. Of course I only was witness to tourist type areas so it’s hard to say the percentage of meals regular folks eat out. It seems that it’s a bit of an event though. It was nice not to be rushed out of any café as it seemed customary for people to sit for what seemed like hours before, during and after their dining experience.

Even with the abundance of unhealthy food choices every where, there was always ways to make healthy choices. Anyone who says you can’t make a healthy choice in any country isn’t looking hard enough.  I was always able to find veggies, salad and fish, all the things I like to eat. Service is definitely not what we’re accustomed to in North America. (Let’s just leave it by saying that many of the things we ordered never arrived and orders were often mixed up.)

My biggest bone with the places I visited was the lack of internet access. I felt hamstringed by the over priced and limited internet or wifi. I wasn’t able to find one wifi friendly place such as my beloved Starbucks here in Canada. I did find one place with free wifi, but the catch was it was CLOSED. Maybe that wifi killed biz, who knows?

I’m pleased to report that I was able to find decent places to train on my trip. Then again, a park with a patch of grass and a park bench would have done the trick. So many of my friends that travel will say ‘well, I didn’t find time to train, but I walked a lot’. This people, isn’t training. Yes, I walked a lot too, but I also found time to get a workout in, even if it was a short one. Here’s a cool bodyweight workout that I did in my hotel room:

If you need some more cool body weight workouts that you can do while travelling, you can find a ton HERE.

All in all, my trip abroad was a great experience but the biggest take away was the realization of how lucky we are here in Canada. I really love my country. My intent is not to insult anyone with this post. My experience may not be typical; maybe I’m all messed up. I only know what I saw and felt. And I felt pretty relieved to touch down in Canada at the end of the trip. 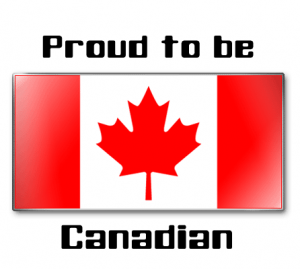 Looking for challenging travel workouts to take along with you? Grab 20 ‘done for you’ body weight and hotel gym workouts HERE. 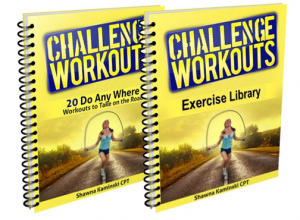