The human flag…the ultimate challenge. Are you up for it?

I’m no gymnast, not now and I’ve never been one in the past. It seems like a history in gymnastics or circus performance would come in handy when contemplating the human flag.

On an aside, I once had a friend with whom I’ve lost touch with now, but she thought it’d be cool for the two of us to concoct some kind of circus performance involving leverage moves like the human flag. I was in my 30’s at the time and although she was an awesome friend in some regards, this idea clearly showed she was a little off her rocker. I must check out the circus to see if she found a suitable partner…

I have to say that my ability to do the flag is definitely a work in progress. Some days are better than others depending on what I find to hang on, my elbow pain level (I have to be careful not to over do it) and whether or not I’ve recently trained upper body. Rather than looking at the flag as a destination, I prefer to look at it as a journey, it’s not something that happens over night. If you’re looking to perfect it right away, you will be disappointed.

I wanted more pictures for this blog. I literally will be out walking my dog, see a pole or ladder in a park and give the human flag a try. It’s hard to get my dog to use my iPhone to take a picture or video, (that’s a whole new program I’m working on ;)). I promise more to come in the future though. 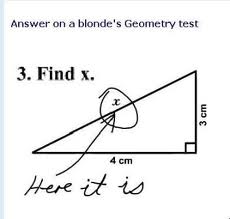 I was always better at English than the sciences, especially anything that related to math, numbers, etc. However, I do understand that the flag really boils down to leverages. If you understand leverage, you’ll be able to figure out how to regress the flag and achieve success sooner.

Plain and simple, when doing the flag, a short lever (your arm), needs to hold up a long object (your body). It’s easier to make the long lever shorter, than to make your arm longer. You can do this by keeping the legs vertical at first when doing the flag. Another modification is to tuck the legs in or keep them bent. Anyway you can shorten the length of your body is going to be helpful. 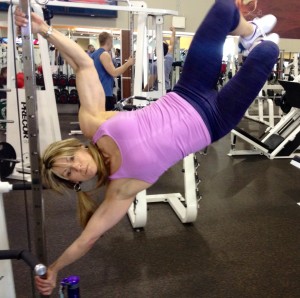 This will allow more success and a ‘feel’ for how you really need to engage the core, especially the obliques. Once I could hold the flag for a few seconds, I made that brain body connection on what I was supposed to be doing. Until then, I just felt as if I was flailing around a pole. Later I started to be able to extend my legs. 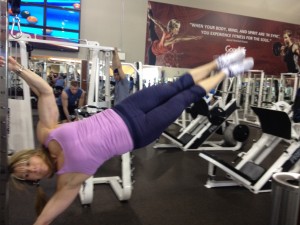 Practice, practice, practice. But not too much too soon. I made that mistake. My elbows aborted the project before my head decided to back off. A little every second day is plenty.

A good pole is hard to find…
That sounds odd I know, but it can be the difference between success and failure. Keep experimenting. Check out the diameter of poles, the thicker the pole the more difficult for those of us with smaller hands. A slippery surface is a no-go, I nearly got a concussion sliding down a pole onto pavement…duh. Watch for parallel bars an appropriate distance apart, playgrounds are a great place as are secured vertical ladders. I’ve also set up Olympic bars in a power rack (put weight on the bars!) and this has been a good spot. Ensure that what ever you use is stable and can hold your weight. Get creative, I embarrass my kids in public regularly in my attempts at the flag.

Hold on!
There are a variety of ways to hold on when doing the flag. It depends on what surface you’re performing the flag.

A Vertical Pole
As noted, the thicker the bar, the harder it is to hold on. I tend to take a thumbs down position with both hands on the pole. The top hand has the palm away from the body, the bottom hand has the palm facing the body. I’ve seen people doing the flag with the top hand facing inwards as well, you need to get a grip and feel what’s right for you. The main thing is ‘hang on!’ (obviously), a strong grip is important.

A Vertical Ladder
I’ve found this grip to be a little easier. In this case, I have palms facing each other. I like a fairly wide grip as this boils down to leverage again. Either way you look at it, the bottom arm is going to take the brunt of the weight.

Speaking of the core…
Your obliques will be especially taxed doing the flag. Obviously you’re going to feel your entire mid-section, but think about contracting the oblique on the top of the body when doing the flag. Your abdominals and lower back will get a hit as well. Make sure you’re good and warm before attempting the flag. I’ve found hanging leg raises, oblique lifts and the hanging windshield wipers to be helpful. 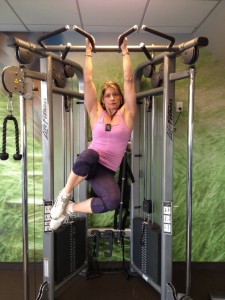 Finally…
Don’t get over anxious to learn the flag in a day or a week. It takes time. It’s fun to do, it’s an impressive move and it’s worth the effort. I’m a work in progress. I like the fact that I’m nearly 50 and I’m trying this sort of thing. I don’t mind putting it out there that this is something that I haven’t perfected yet. I want to learn it along side you and I’ll share what I know to help.

Yes, some may think it’s a bit of a silly challenge, but those people can remain seated and watch the rest of the world have fun and stay fit.

I promise a video once my elbow is healed more…

How are you making out with the challenge? Any luck? What have you found has helped you?

And if you haven’t perfected your pull up or push ups yet, it’s time to do that. Check out how HERE.