Recently when I was in Las Vegas, I sat down with my good friend John Romaniello.

We were talking nutrition.  As most of you know I’m a big believer in eating six meals a day: low glycemic carbs, lean protein all that stuff, along with never over eating or ever going hungry. 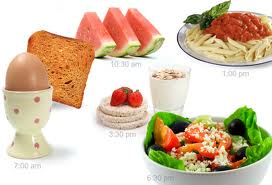 Lately Roman has been talking lots about intermittent fasting. Now I trust Roman, as you can see, he’s as good looking and fit as he is knowledgeable. But I was skeptical as to how effective and safe intermittent fasting was. I was willing to listen to what he had to say, but he had a lot of work to do to sell me on the idea.

Traditionally, we have been told six meals a day keep the metabolic fires burning.  Intermittent fasting takes the same principals of healthy eating but breaks the “old rules” and frees people.   Experts, including Roman, say you don’t really need to eat six times a day, but you can get the same benefits from eating 2-3 meals a day.

Wow, would that ever help free up prep time and make things less complicated. 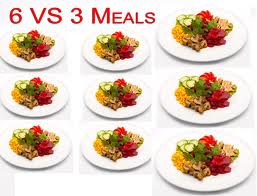 Intermittent fasting, simply put, is abstaining from food for various periods of time.  We all do this already at night and it’s why our first meal is called ‘breakfast’ or ‘break the fast’. With intermittent fasting we’re looking to expand that fasting window anywhere from 16-36 hours. Lots of experts have different views on how to do this. What they all agree on it that there are many hormonal benefits to intermittent fasting.  Research shows that not only is there an increase in growth hormone with intermittent fasting,  but also the less frequently you eat the less often you experience an insulin response.  The more often you have an insulin spike, the more likely you are to become insulin resistant or have increased insulin sensitivity. Insulin sensitivity = no bueno for fat loss.

This is one of the benefits of eating less frequently.

If you’re struggling with the rigid structure of six meals a day, maybe intermittent fasting is something for you. You might find this way more convenient, and something you can stick to. If you’re able to achieve the same results with out all the hassle of food prep,  you have no reason not to.

I realize that there are a variety of ways to skin a cat (by the way, where did that gross statement come from?) when it comes to fat loss. I always say that if your nutrition plan isn’t something that you an stick to for the rest of your life, or if it cuts out an entire macro-nutrient, then it’s likely to fail in the long run. But after talking to Roman, reading some of the research, I see that it’s a viable alternative for some.