I was asked what my favorite five exercises are for fat loss. The question came with the caveat that these fav exercises had to be performed without a ton of complicated equipment.

I know that you enjoy getting and doing challenging workouts from my blog. I want to thank all those people that give me ideas or call me out on Face Book with your challenging workouts so that I can pass them on to my readers. It seems that fat loss is a hot topic with everyone and the less fat we’re hauling around, the more we can really kick a$$ on the challenges, so here’s to my fav five for fat loss exercises:

Lazy people don’t squat . Period. Have you noticed this in your gym? Is there a line up at the squat rack? Not usually. The squat is the ‘be all end all’ of leg exercises and I like to think that the squat provides more than a leg workout. It’s a compound exercise that hits the largest leg muscles (quads and hams) as well as it taxes the core. Once you have some weight on the bar, it’s a workout holding the load on your back. Using body weight alone or adding a load and depending on your rep scheme and tempo, the squat can be a cardio workout, or it can work the anaerobic system. See why I’m such a big fan? 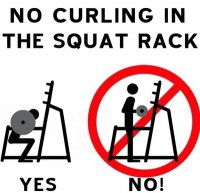 The lowly push up is under rated as a full body toner.

Last summer I was challenged to do 200 push ups/day. I did this for a couple of months until someone pointed out that I was doing 1400 push ups/week.

Wow that seemed a little excessive, so I backed off to 100 push ups/day. I have to say that this volume of push-ups helped alleviate my lower back issue. Ever since my son was born, I’ve had a hypermobile SI joint. By doing all these push ups, I strengthened my transverse abdominus (core) to such an extent that I literally feel no back or SI issues now.

The push up is another great compound movement that hits more than just the upper body. There’s a ton of variation of push ups as well, the fact that you can do push ups anywhere in limited space is an added bonus. 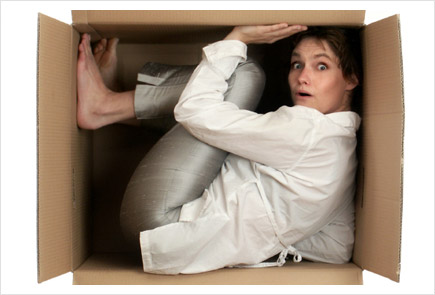 I know that I’m sort of cheating by saying the bench press is ‘just a variation’ of the push up, but I’m gonna go with that. I love the bench press, it’s another one of my favorite movements.

I know you’re saying I have to say the pull up is a great fat loss movement since one of my programs are based on the pull up. I say it because it’s true. 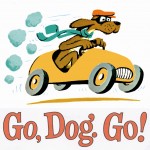 You may have read how I feel about the burpee in my other blog posts here and here.

I love burpees. Plain and simple.

The burpee is to fat burning as the Nissan GTR is to speed (I happen to love the Nissan GTR). You can’t have one without the other.

You guessed it: the burpee is the mother of compound movements. Wow, does it hit the anaerobic system; your body certainly learns to deal with lactic acid and deflect the urge to purge all at once. I’ve had many near misses as I get into the barf zone quickly when burpees are around. 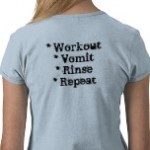 A surprising and fun fact with the burpee is that my bum has never been so sore for the first couple weeks of doing 50 burpees/day (my latest challenge). The jump from the deep squat is a great hamstring/glut toner and I think my bum is thanking me for the extra toning from my pal the burpee.

I wanted to pick a core exercise as a fav five fat loss exercise, but none are terrifically metabolic except the mountain climber. What I like about this movement is that it taxes the core at the same time as working the cardiovascular system and upper body.

Form is important on the mountain climber. No one is going to feel their core with their bum in the air, so get the hips down low and drive the knees into the chest in quick succession and you’ll raise the metabolism as well as feel the abs grab all at once.

There are a few things that all five exercises have in common:

Fat loss is always on everyone’s lips these days, so use my fav five fat loss exercises in most of your workouts and you can kiss your flab good bye.