Some say that unfortunate things happen in three’s. This last week three things happened that I probably would rather have avoided.

I really like to view my world with an optimistic attitude though, so rather than thinking that these things shouldn’t have happened, I’m gonna look for a lesson in each of them.

Sadly, a family member passed away suddenly. He had been sick and he went down hill very fast. (This is the one thing that I would prefer not to have happened.) I know the circle of life and all, that death is a part of life, but when it comes, it’s seldom welcomed with open arms.

One thing about this death is that it got me thinking about life and the people in my life that I value. Sometimes other things seem to trump the peeps that I love most. I’ve been thinking a great deal about this and know that I need to find a way to give the best of myself to the ones I love the most. I don’t want to starve them with crumbs of love when I give a full slice of love to others that are less important. I don’t mean to say that I shouldn’t love others, what I’m saying is that sometimes my energy stores are depleted and the ones that I want to love and serve the most are the ones that get the least from me. Make sense? 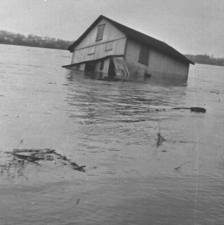 You may know that we recently got a rec property in Peachland BC. We love it immensely and try to get out there as much as possible.

Ten days ago, we got a call that a toilet pipe failed and flooded the condo.

So much for our lakeside paradise. Visions of toilet water and water damage danced through my head.

In the end, it wasn’t as bad as it seemed and we managed to clean up and salvage the floors. It could have been so much worse.

But this little flood reminded me of something. If we had only turned off the water to the toilet tanks, a simple five second job, we would have saved a boat load of trouble.

I drew a parallel to health. Sometimes it’s those small things that will save a boat load of trouble later down the line. Small conscious choices with regards to healthy living. If you tried to re-invent your life one day with all the small things that you can pick up one habit at a time, it would be near impossible. But by adding a healthy choice every few weeks, over time, you can slowly transform your life and life style so as to re-invent yourself. Things like getting your body moving, getting enough sleep, building healthy relationships, eating a ton of fruits and veggies, choosing low glycemic carbs like making your toast with whole wheat bread rather than white. I could go on and on, but you get the point.

It’s hard to do a total overhaul on your lifestyle all at once, but by making small choices daily, you can avoid a flood of poor health later. At least that’s the way I see it. 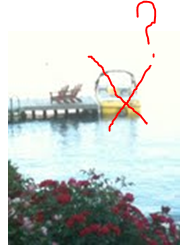 By far this is the most entertaining and mysterious thing that happened.

We have a boat and planned on going for an evening wake board. Then we got to talking at dinner and time slipped away and darkness fell. So much for our evening wake board.  We got lazy and didn’t want to swim back out to the boat to cover it, so we called it a night.

I was up at my usual crazy early morning time and looked out the kitchen window and wondered what was missing. It took me a few minutes to register that our sweet little yellow boat was MIA.

To make a long story longer, someone decided that they liked our boat too and in the middle of the night, took it out, ran the crap out of it and then left it to float away. Either they jumped onto a dock some where and pushed it away, swam ashore and left it in the middle of the lake or possibly drown (well, that’s a little gruesome…). But in any case, someone found our boat 150m off shore. So when we called in to the RCMP, they directed us to a local yacht club that had it tied off.

This seemed like a happy ending to the prospect of no boat for the 35C day ahead and the rest of the weekend with a house full of teenagers. And well, the hassle of no boat period. Lots of paper work and trouble to replace a stolen boat or fix a boat damaged by late night hooligans.

(And surprisingly, the boat was well taken care of by our thieves. Even one of the cleats had been tightened that was a little loose (?). The gas tank was near empty, but if that was all the ‘damage’, these thieves were clearly the kinder, gentler type that seemed to have a conscience.)

So the lesson in this?

Well, for one, life is full of surprises.

But the big take away for me for this is not to take anything for granted and appreciate everything. Being boating snobs, we can get a little irritated when the wind blows or when conditions aren’t ideal, forgetting that we have a great day to hang out, live and laugh with those we love. And this is the least of it when it comes to taking things for granted. Other more precious things are often overlooked and this is something that I’m going to be more conscious of. I like to see the cup half full and I’m going to appreciate all the goodness in my life, whether it’s a boat or time with  loved ones.

So most of this isn’t about fitness or fat loss at all is it?

I have to say that balance in life is pretty important so these things are equally important to me. Thanks for listening.

Any lessons you learned this summer?

Want to extend your summer? Check out my Girls Getaway in September, it’s going to be a ton of fun.